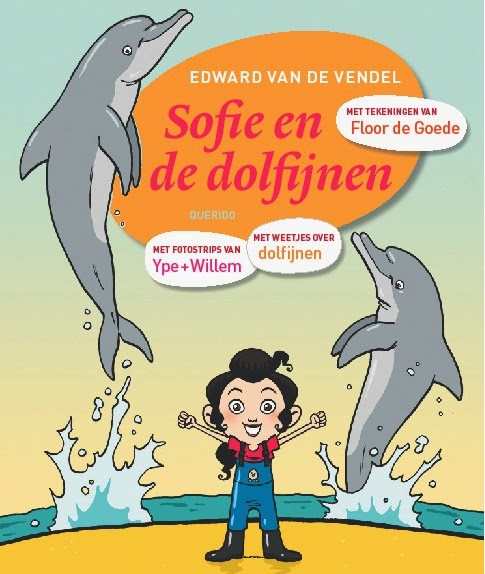 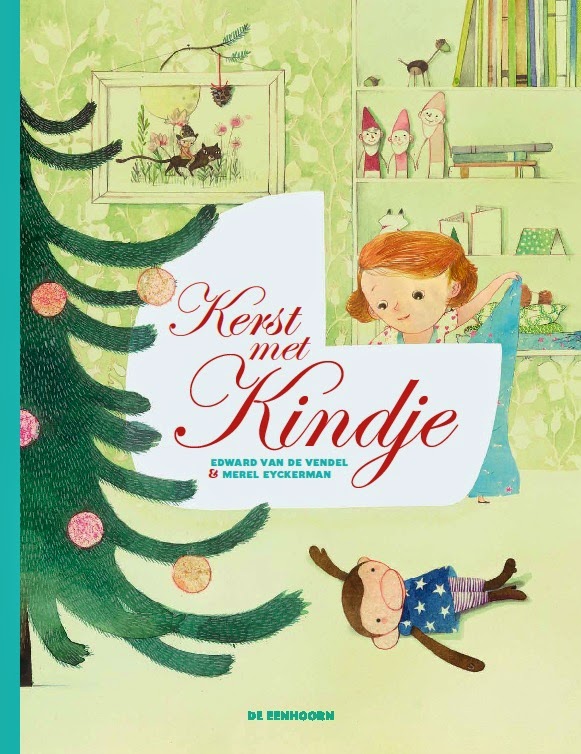 From this season on I write the official Ajax Yearbook for Children. I look back to the season that was and look forward to the season that is coming. For this edition player Daley Blind wrote the preface. I interviewed many others, like for instance Siem de Jong, Viktor Fischer, Lucas Andersen, Nicolai Boilesen, Mickey van der Hart, Daphne Koster and Danny Hoesen.
There are portraits of all the other players, there are lists and reviews, there is information about the trainers et cetera, et cetera, et cetera. The numerous fullcolour pictures are by Ajax photographer Louis van de Vuurst. 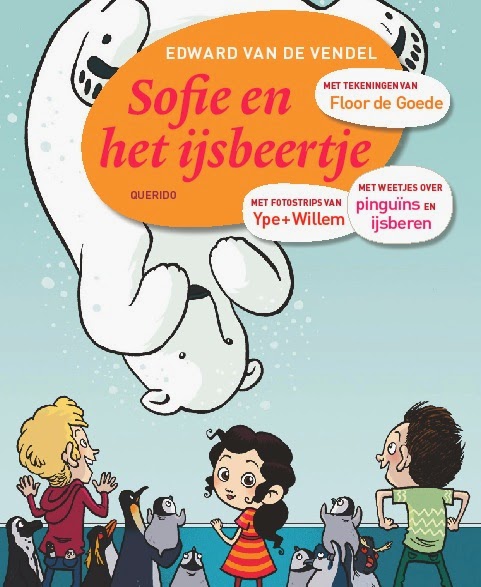 I'LL ROOT FOR YOU

The grandmaster of German illustration, Wolf Erlbruch, made many fantastic images about animals doing sports. My Publisher asked me to write new poems to these illustration. This was a big honour for me. The poems are about losing, winning, about secrets of athletes, and there is a speech in denglish (dutch/english). 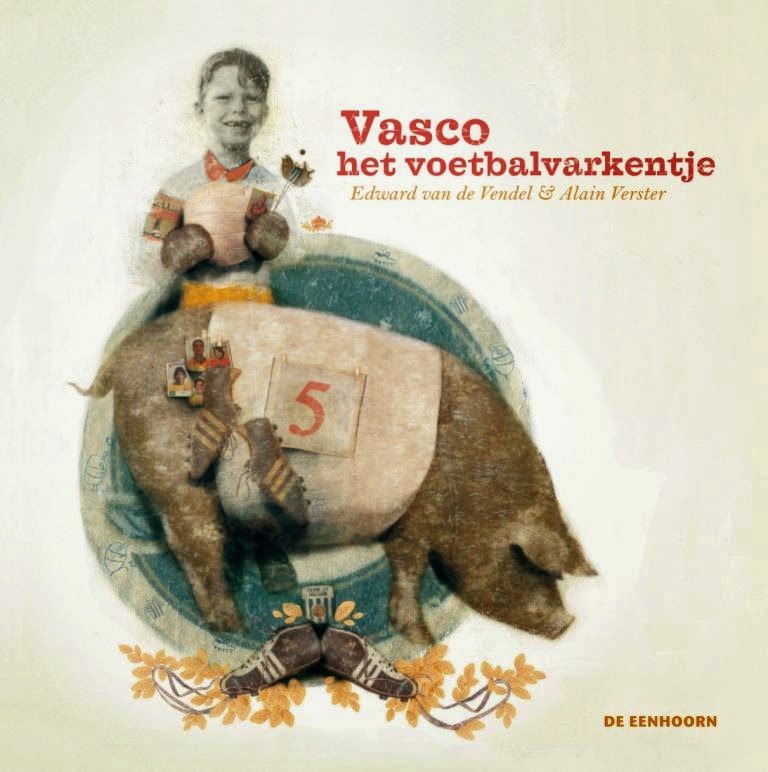 My second picture book with Alain Verster, and the first of a happy, warm series about Vasco (the pig) and Matteo (the boy). Matteo gets two wonderful presents for his birthday: a soccer ball and a little pig. That pig is Vasco. Matteo and Vasco do everything together: eat, snore, watch television,… Matteo’s favorite game is soccer. Vasco doesn’t know much about soccer. But that’s not so bad: Matteo simply goes looking for real soccer-opponents. And Vasco goes along. Because that’s what you do when you’re someone’s soccer-pig.


- Prooftranslation in English is available

THE DOG THAT NINO DIDN'T HAVE 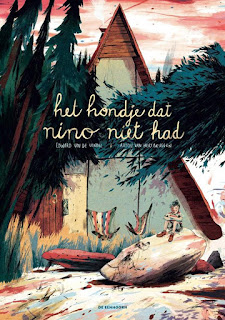 - Proof translation in English is available

MY HAPPY BOOK OF SOUNDS 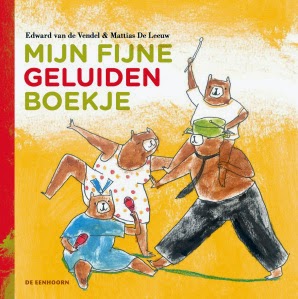 This little booklet contains fifty short and playful poems lovely sounds from everyday-life. Opening a bag of crisps, daddy’s car that’s driving up the driveway, talking under water, the wind that’s blowing in the trees,... All these sounds are part of a warm home. Mattias invented a warm, funny family of bears that accompany all the poems in just as lively, full-colour pictures.

- Proof translation in English is available. 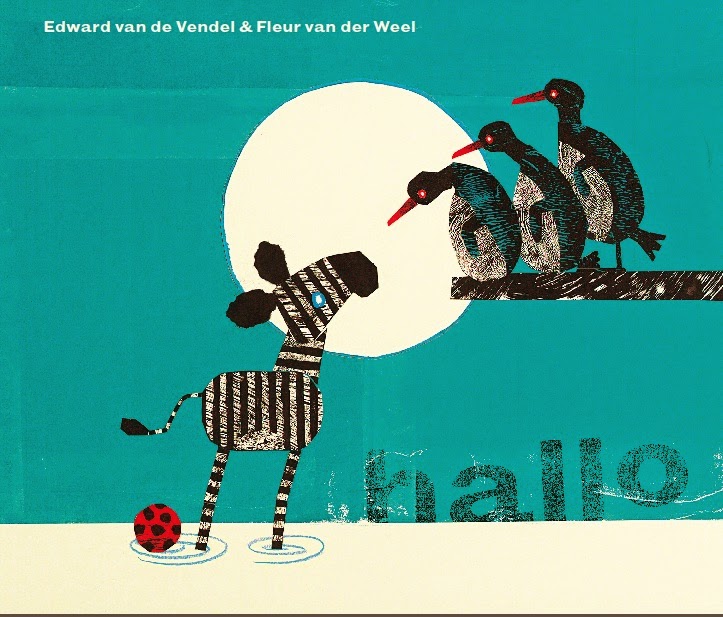 The children's book week in Holland is a big celebration of children's literature (October). The organizing foundation (CPNB) every year asks a writer to write the gift book (I got to do this in 2005), and an illustrator to make the special books-week-picture book. In 2012 Fleur van der Weel was asked. She asked me to write a text. This became HELLO: the story of a small girl looking out over her backyard, in the night, because she can't sleep. She is excited because tomorrow she will visit the zoo. In the meantime, in the zoo, the animals have all kinds of reasons to be awake too. We follow both Joni, the girl, and the animals. At the end there is a fantastic fold-out-illustration.

SOFIE AND THE FLYING BOY 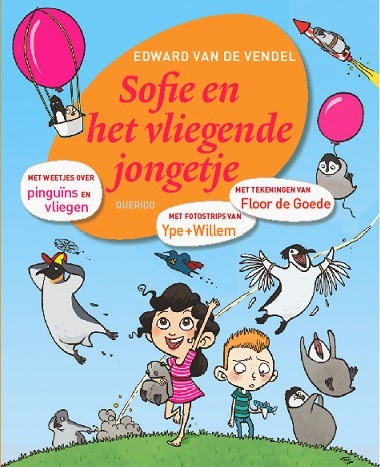 In this second book where we combined several elements (text, illustrations on every page, comics, photo-comics, short non-fiction pieces and extra's at the end of the book), it's not just about penguins, like the first book, but also about all kinds of flying animals. And the story is again about Sofie, this cheerful, sweet girl with her two funny friends Billie and Timmie, and the rest of her family. This time they will spend a holiday with Sofies grandparents. But when they arrive, there is Ulrik: a peculiar, nerdy little boy that seems to dislike penguins... 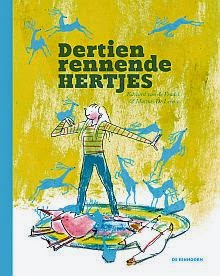 This second story about the beautiful dog Sam is, just as SAM SHOWED UP, based on a real dog, a real story, and real dog-owners: my brother's family in Canada. In this book the dog disappears and 9-year old Kix sets off in search of him. The book is just as dear to me as the first one. The beautiful black and white illustrations were once again made by Philip Hopman, whose pencil masters all animals and all children.

- The Dutch Translation Fund made a special on both the books about Sam - here.
- This book can be read separately, or as the follow-up book of SAM SHOWED UP.

This story is based on the real events that occurred when I was visiting my brother's family in Canada. This beautiful dog appeared - and it decided to stay. But it had a heartwrenching history, that urged my nephew Kix (the young main character in the book) to act, because no-one else but him could save Sam... The book is very dear to me. It got great response, together with the second volume (SAMS MYSTERIES), which belongs to this first book as a twin story. The beautiful black and white illustrations were made by Philip Hopman, whose pencil masters all animals and all children.


﻿
- The Dutch Translation Fund made a special on this book - here.
- A full professional translation in English by David Colmer is available.
- In 2012 the folllow-up to this book came out: SAMS MYSTERIES.
- The South-African Department of Arts and Culture chose this book to be translated in all eleven official languages of South-Africa and spread amongst school children in the entire country.

THE DOVE THAT COULDN'T DIVE

﻿﻿
This is the first picture book young illustrator Alain Verster and me made together. He also graduated from art school with this project. I wrote the tekst for him after having seen a big illustration with pigeons. This is the story: it's graduation day for the young doves. They have to show that they can dive down to the ground and pick up some crumbs. The father and mother pigeons are watching. Telemark is waiting for his turn in fright. He has never made a successful dive and he is sure he will fail the test... Or maybe not? 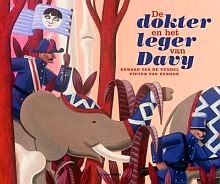