SOFIE AND THE ELEPHANTS 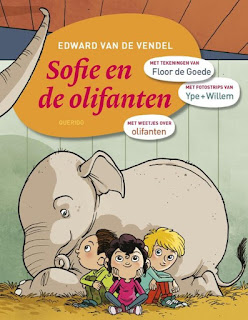 In this sixth book about Sofie we again combine several elements (text, illustrations on every page, comics, photo-comics, short non-fiction pieces and extra's at the end of the book). Sofies parents are abroad for work, so Sofie stays at her grandparent's house. But they have another guest as well: a grumpy old zookeeper who doesn't know what to do with himself, after his retirement. But then he starts telling the story about two baby elephants. Sofie and her best friends Timmie and Billie are mesmerized. And there is even a surprise at the end. A big surprise...