In this non-fictionbook about the most wellknown footballclub of Holland, Ajax, I tried to answer all the question an Ajax-fan could have about the club. I got access to the players and staff for almost two years, interviewed many of them, wrote about the history of the club and about day-to-day behind-the-screen routines. Because of the success of the book we published an update in 2011, and then again, from 2013 on I started making Ajax Yearbooks (one every year, Official Ajax Product). See AJAX KINDERJAARBOEK 2013/2014 and AJAX KINDERJAARBOEK 2014/2015.

- Special 'ambassadors' to this book were Ajax-players Siem de Jong and Gregory van der Wiel. I got to interview them several times, and they took part in the official presentation of the book.
- For the book 11 young Ajax-fans were recruited that helped me come up with the questions for the players. 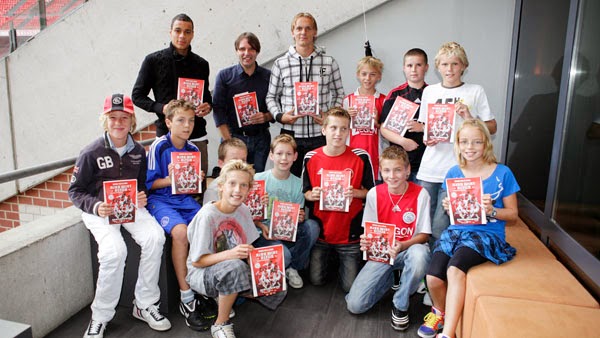