SOFIE AND THE PENGUINS 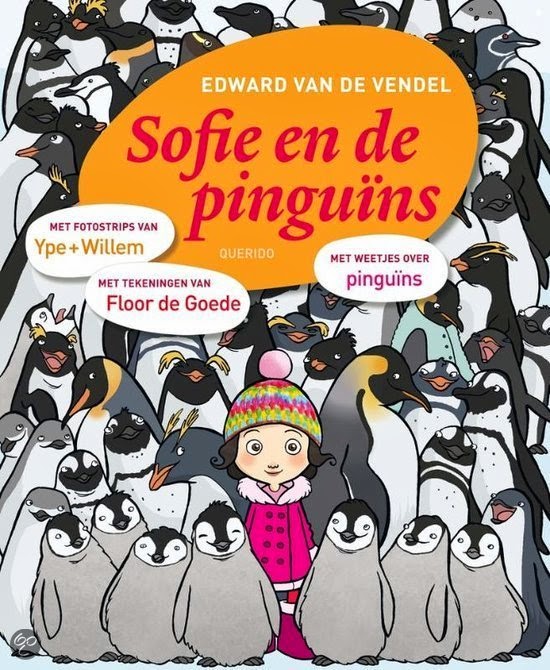 2010
genre:
childrens book, with comic- and non-fiction-elements, 160 p.
publisher:
Querido, Amsterdam
illustrator:
Floor de Goede (illustrations and comics)
Ype+Willem (photo-comics)
age:
7+
awards:
Nominated for the Prize of the Dutch Children's Jury 2011
Feather of the Senate of the Dutch Children's Jury 2011
Winner of the Flemish Children's and Youth Jury 2012
rights sold:
Italian (Il Castoro), Estonian (Päike ja Pilv), Israel (Rimonim Publishing)
﻿﻿﻿﻿﻿﻿
I really like penguins. I really wanted to make a book with several elements (text, illustrations on every page, comics, photo-comics, short non-fiction pieces and extra's at the end of the book). And I really wanted to work with Floor de Goede again (after the comic-poem-books we made) and with Ype Driessen and Willem Stam, who make wonderful and funny photo-comcs. All the wishes combined gave me SOFIE AND THE PENGUINS, the story about a sweet girl with her two funny friends Billie and Timmie, and the rest of her family. Sofie adores penguins. She thinks she might even be in love with them. And so her story became the basis for a whole, still ongoing series. Winning two children's jury awards (for the first time in my career) absolutely helped us wanting to make more and more volumes, every episodes combining an upbeat story with information about penguins ánd some other animal (polar bears, Dolphins etc.) - and a small lesson to be learned about family, friendship or love, as well.