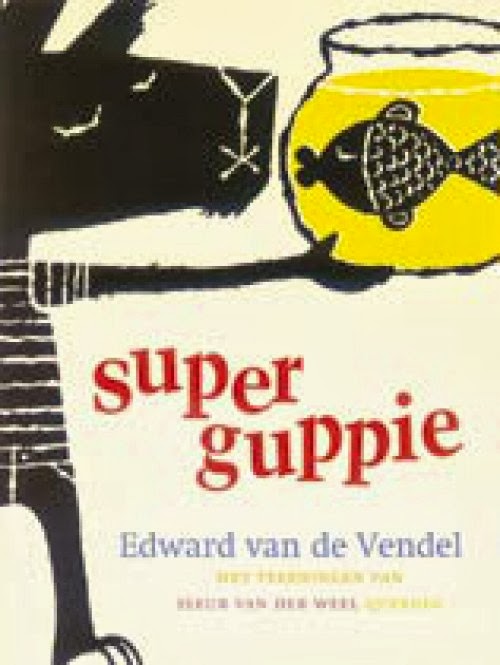 For this first volume of children's poetry for a younger age (four more volumes would follow) I made 51 short poems, always with a quite practical, normal-day title and subject, then trying to give it a poetical or funny swing. The fantastic playful illustrations by Fleur van der Weel make all the poems coherent. This was and is my number one bestselling book in Holland, nicely helped by the prestigious Woutertje Pieterse Award.

- Follow-up volumes were
SUPERGUPPIE KRIJGT KLEINTJES (2005),
DE GROETEN VAN SUPERGUPPIE (2008),
HOERA VOOR SUPERGUPPIE! (2010)
and the big collection of all the volumes (& new poems as well) SUPERGUPPIE IS ALLES (2014).
- The Dutch Translation Fund made a special on this book, to be found here.
- In 2005 I made a cd with composer and producer Edwin Schimscheimer. The poems were turned into lyrics and Edwin made songs out of it, which were sung by a terrific bunch of famous Dutch artists (under the title SUPERGUPPIE ZINGT, Superguppy sings).